The monastery is located in Tashi Jong village, which is a small rural area situated between Paprola and Taragarh. It is home to the Drugpa Kagyu tradition of Buddhism, established by 8th Khamtrul Rinpoche, Dongyu Nyima. The monastery complex houses the main temple, the stupa of Khamtrul Rinpoche, and the Yamantak Retreat Center which is restricted to the general public. Designed by Khamtrul Rinpoche, the entire building is adorned with woodcarving, gilding and painting. 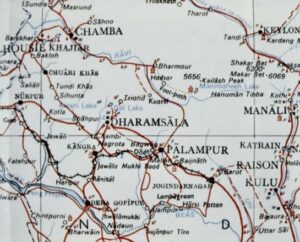 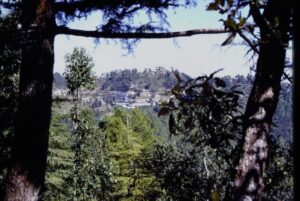 Tashjong off in the distance 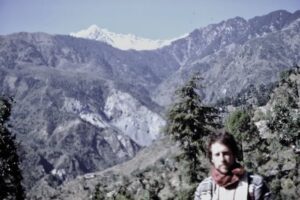 In the Himalyan foothills nearby to Tashjong 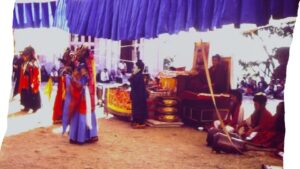 Everyone is assembled for the entry of the reincarnated Rinpoche.
Note the “Clown Character” in center screen and the Vice Abbot seated to the left of the long-bearded Lama.  Note spectators in the background. 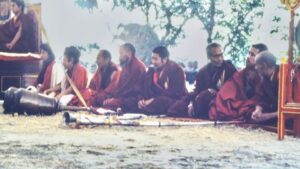 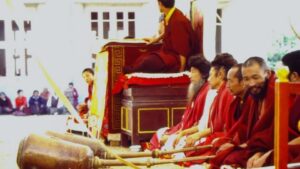 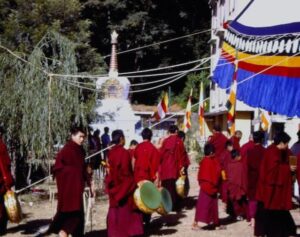 Everyone Heads for the Tent which has been set up in preparation for the Mahakali Dances. 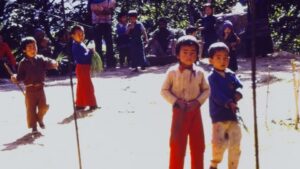 Kids watching me watching them. Everybody has come to watch the dances. 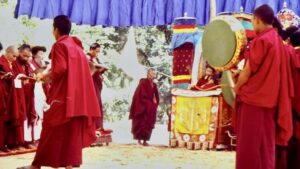 Everyone Rises and Sutras are read to commemorate the occasion
NOTE:  The 6-year-old reincarnation of previous Lama seated on throne 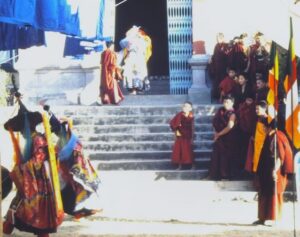 The Temple Used as Backstage 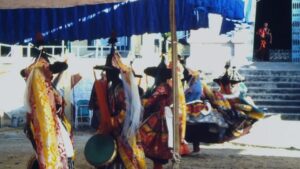 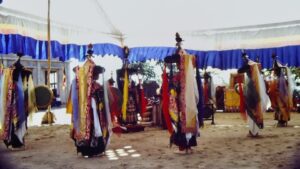 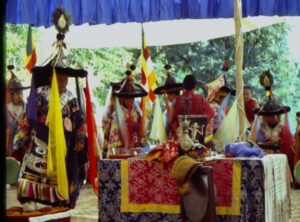 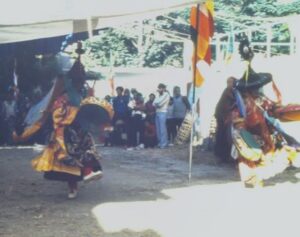 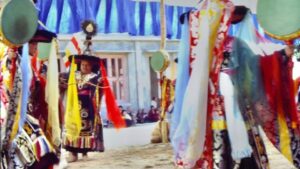 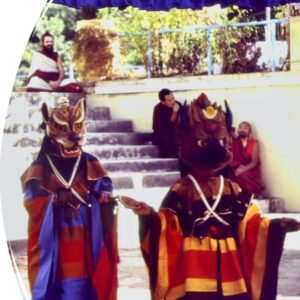 Enter down the temple steps and into the playing area

NOTE:  The Western Saddhu sitting in the upper left background 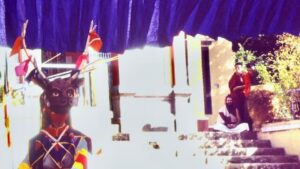 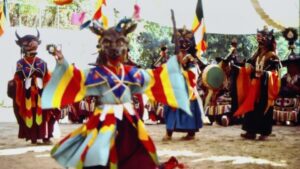 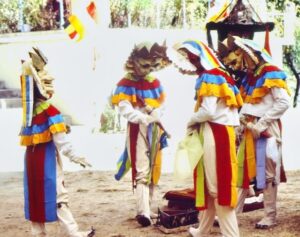 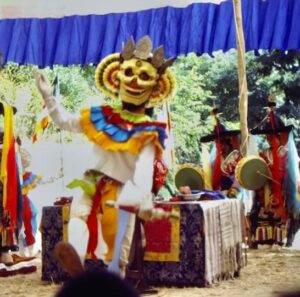 Dead Assemble, Before doing their dance. 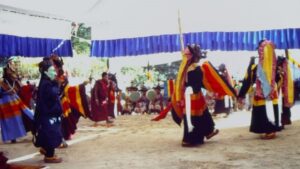 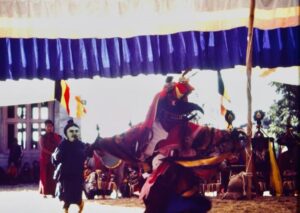 Pursuing the Demonic Forces and Exiling them from Tibet 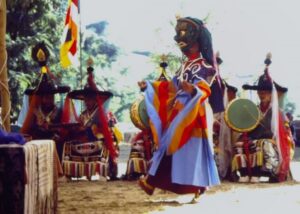 A Bon Demoness: Dances in front of Black Hat dancers with ceremonial drums 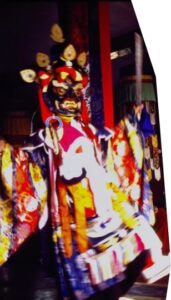 The Scariest Demon of Them All 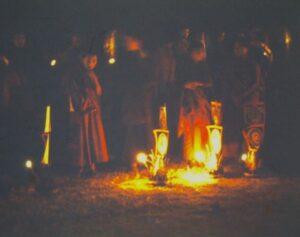 Final ritual of the Mahakali ceremony takes place at midnight

how can we help you?

Contact us at the Consulting WP office nearest to you or submit a business inquiry online.